Margo Lanagan is one of my favorite authors, so you could have seen this post coming, but I decided to post it today because it’s her birthday. Happy birthday Margo! ❤ Other than being one of my favorite writers, it seems to me that Margo is a bit underground, and not many people know her work. Well I’m here to change that, for a bit at least!

Margo Lanagan was born on June 5th, 1960 in Waratah, Australia, which may be the reason behind her semi-anonymity. Most of her work has been published in Australia only, with several of her novels and short story collections attracting world-wide attention. She’s written numerous teenage romance novels, middle grade and YA fiction, but here I’ll be talking about her two fantasy novels and short story collections. She’s also co-written the YA fantasy series Zeroes with another great author, Scott Westerfeld, but I haven’t read those yet. 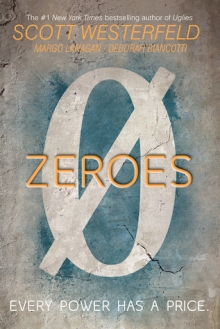 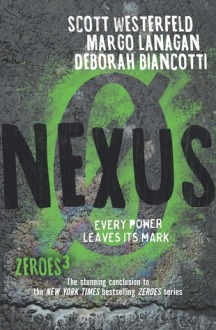 Her adult writing is what really fascinates me, because her writing is both so magical and dark – which might deter some readers and that’s perfectly fine, but I know there’s a lot of you who like their fantasy a bit darker. Maybe instead of dark I should have said painfully realistic, because her writing, even though extremely fantastical, is also so real it hits you right in the guts. Here, I’m talking specifically about her novels, Tender Morsels and The Brides of Rollrock Island (or Sea Hearts in some countries), and her short story collections: Black Juice, Red Spikes, and Yellowcake. Her stories are a mix of magical realism, horror, mythology and despair. Some are set in a contemporary setting, but don’t let it deter you from reading them, there are some true gems in these collections. Most, on the other hand, are fantastical, set in imaginary universes and settings that have a medieval feel. These stories explore various cultural beliefs, myths and social systems. You can read one of her best stories, Singing my Sister Down here, to better get what I’m talking about.

Margo is one of the few modern writers who’s mastered the short story form, and that is what I most like about her, since I’m addicted to short stories. Her stories have immense depth, and will overwhelm you with their haunting and imaginative prose.

Her novels are even better. Even though both are officially considered YA, I just can’t categorize them that way, because they are too dark and too complex, and I feel as though I’d take out some of their value by classifying them as YA. The Brides of Rollrock Island is set on an imaginary island, deeply reminiscent of Scotland and Ireland. A secluded witch Misskaella lures selkies from the sea and then sells them to the local men, who become so entranced with these gorgeous, long-limbed, obedient creatures, that they completely abandon the local girls, and even their own wives. But all magic has its price, and I’m not talking about money. This is a gorgeous, devastating tale of desire, despair and magic.

“And then she fell, from standing, foot-fins together, straight into the wavelets, where she was now seal, and she flung herself down toward the deeper water.”

While The Brides of Rollrock Island has its basis in myth, Tender Morsels is a cruel retelling of the fairy tale Rose Red & Snow White. And that just barely scratches the surface. The main character of this story is the poor, tortured soul that is Liga. She endures horrible, horrible things through her youth, so devastating in fact, that all that horror and fear amasses into a powerful magic that creates a world separate from reality – a safe-haven for her and her two daughters, Branza and Urdda. This is a utopian sort of world, where they live in harmony for many years, but the girls are free-spirited and mischievous, and one of them feels a strong pull to the outside world. Over the years, the lines between the two worlds begin to blur, stimulated by the girls’ desires and longing. 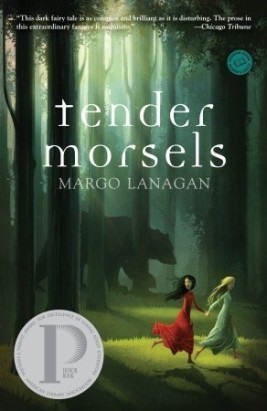 “You must watch and wait, Branza, to see what powers you have and don’t have. It is not like home. We ruled there. Everything fell into place around what we wanted. Here, we are not the only ones wanting, and we must make room for other people’s desires.”

Margo Lanagan’s writing is both simple and complex, but utterly beautiful and magical. The writing style may be hard to understand for some readers, and that can be off-putting, I understand that completely. But the more important point is that these stories are far from naive – they are very dark, especially Tender Morsels, and definitely not YA. I used to recommend these novels far and wide, but now that I recalled some of the painful details, I can only recommend these to you if you’re a truly adventurous and open reader, or if the magic and prose itself is enough to pull you through the dark. 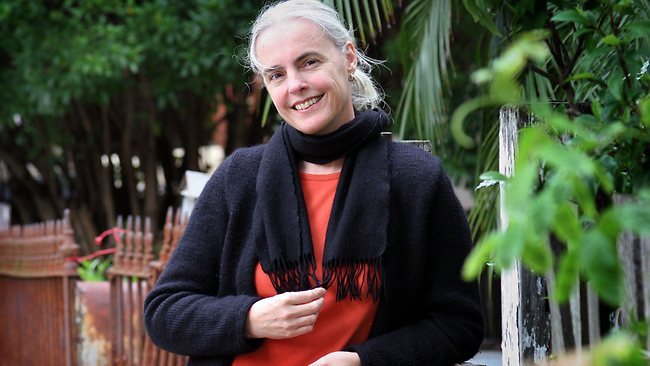 “I write because it’s my way of making sense of the world. I’ve always loved reading, both to escape from real life and to make life more real, and I like doing both in my writing, too, writing straight realistic and fantasy stories.”

16 thoughts on “Author of the Day: Margo Lanagan”

I’m Marina, 28, from Serbia. I love to read and review magical books. I also love to draw, cook/eat and play video games.