“No wonder men did not want women to wear bloomers. What could women accomplish if they did not have to continually mind their skirts, keep them from dragging in the mud or getting trampled on the steps of an omnibus? If they had pockets! With pockets, women could conquer the world!”

TITLE & AUTHOR: The Strange Case of the Alchemist’s Daughter by Theodora Goss

SERIES: The Extraordinary Adventures of the Athena Club, #1

Mary Jekyll, alone and penniless following her parents’ death, is curious about the secrets of her father’s mysterious past. One clue in particular hints that Edward Hyde, her father’s former friend and a murderer, may be nearby, and there is a reward for information leading to his capture…a reward that would solve all of her immediate financial woes.

But her hunt leads her to Hyde’s daughter, Diana, a feral child left to be raised by nuns. With the assistance of Sherlock Holmes and Dr. Watson, Mary continues her search for the elusive Hyde, and soon befriends more women, all of whom have been created through terrifying experimentation: Beatrice Rappaccini, Catherin Moreau, and Justine Frankenstein.

When their investigations lead them to the discovery of a secret society of immoral and power-crazed scientists, the horrors of their past return. Now it is up to the monsters to finally triumph over the monstrous.

I grew up watching horror movies (Wth parents?), and I particularly loved the old Universal monster movies. Later on, I started reading horror too, starting with cult novels like Dracula, Frankenstein, Dr. Jekyll and Mr. Hyde and so on. All of that being a crucial part of my childhood and teen years, I’m still very fond of retellings, remakes and mashups.

Well, this particular mashup had me as soon as I read the blurb – female characters called Mary Jekyll, Diana Hyde, Beatrice Rappaccini, Catherine Moreau and Justine Frankenstein together go on a mystery-solving adventure against a certain secret society of alchemists, and all that with the help of none other than Sherlock Holmes? Okay, it did sound ridiculous, but just for a passing moment, because as I started reading I could not put it down. Also, I’ve read short stories by Goss before, and I knew I’ll love her writing. I wasn’t wrong!

Of course, this novel is set in Victorian London, including all its charms like prostitutes, sideshows and maybe even Jack the Ripper, so of course I loved it. All lady characters are very different and unique (And YA) so it’s no wonder they bicker all-the-time, which is sometimes annoying, but more often amusing or even hilarious. My favorite was definitely the feral child Diana, and my least favorite was her complete opposite – the stuck-up Mary. 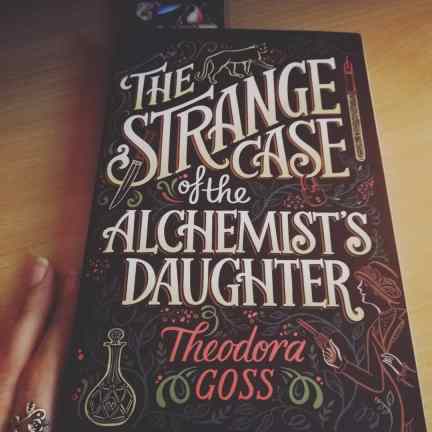 The writing is very good, and what I especially loved about it was the format. These five girls are actually writing this book, recounting their adventures. So along the lines there’s a lot of commentary by them, further explaining some events, and adding even more *bickering*. This type of humor reminded me of my beloved My Lady Jane (The funniest romance of all times.), so naturally I am totally on board with this quirky trilogy!

So, why 4 stars, you may ask? Although this novel isn’t quite short, it reads quickly because of constant adventure, but at the same time it’s nothing too spectacular. A casual, quirky adventure. There were also some points I didn’t quite like, mainly the prude heroine Mary, I hope she stops nagging in the sequel. Also, Mary’s love (Crush?) interest, which I won’t name because of spoilers. It feels, well, yucky. Now that I think about it though, if this series lacked a Mary to do all the grounding and nagging, the rest of the girls would all go feral like Diana, and this novel would collapse into dust before chapter 2.

Mary put aside, I will definitely read the next book, as at the end of this one a certain Mina Murray writes a letter to the girls inviting them to come to her aid in Europe. Wink. 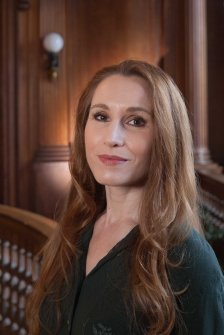 Theodora Goss is a Hungarian American writer of fantasy short stories. Her story “Singing of Mount Abora” won the 2008 World Fantasy Award for short fiction, and her work has been nominated for many other major awards, including the 2007 Nebula Award for “Pip and the Fairies.” She won the 2004 Rhysling Award for Best Long Poem for “Octavia Is Lost in the Hall of Masks.” Her collection In the Forest of Forgetting was published in 2006 by Prime Books.

5 thoughts on “Book Review: The Strange Case of the Alchemist’s Daughter”