Hello lovely readers! How did your first month of the year go? After so long, I’m finally happy to say I’ve had a good and fulfilled reading month! Not setting a TBR was freeing and enlightening for me, so I think I’ll continue doing that. It totally removes the pressure of ‘Oh, I have to read this many books’ and such, and it actually made me read more. Yes, I could have read more than six books, easily, but I don’t mind about the numbers so much anymore. What I meant when I said I had a fulfilled month means that each of the six books I read was a five or a four star read! Check it out:

What I’ve Read in January:

The Turn of the Key by Ruth Ware – 5/5 stars, Review coming soon 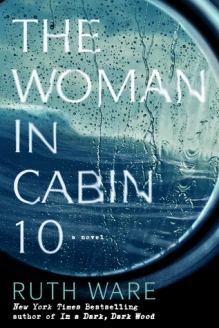 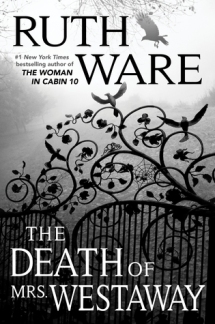 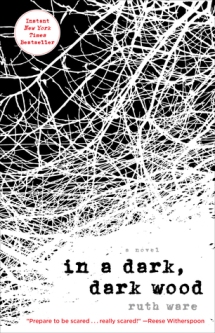 Why yes, I do realize five of the six books are by the same author. I also realize I’m way behind on my reviews, but I’ll slowly catch up, no worries. Once I finished The Turn of the Key, I was so relieved I’ve finally found something interesting, light and enthralling, that instead of going for another book, I decided to continue reading Ware’s books until I get bored. But I didn’t. So, you can expect more contemporary mystery reviews on my blog in the future.

Now for the last one, true crime is my passion, and I listen to true crime podcasts daily, but now I’ve decided I want to read more too. This is an extremely heavy subject, so I’ll limit myself to one book a month, maybe less. I won’t turn this blog into an exclusively crime-one, no worries! I’ll definitely return to my true love, fantasy, in February. In fact, I already did.

What will I read in February:

As I mentioned, no more TBR’s for now, so I’m going by the mood, and my mood compass has set on The Witcher series. I saw the Netflix show and loved it, so I’m having one of those feelings of how in the hell haven’t I read this earlier? No idea. But I love the first book so far, and if it goes well I’ll probably continue the series this month. 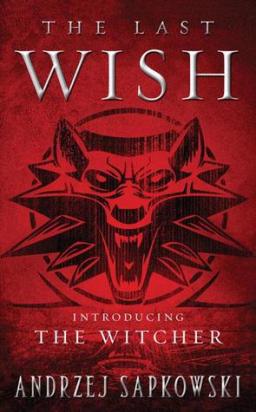 But, the predominant thing for this month, actually the first week, will be Locke & Key. I am beyond excited for the Netflix series coming out on February 7th, so I’ve decided to re-read all six graphic novels in the six days leading to the premiere, starting today. Since I’ve already done reviews for volumes 1 and 2, I will post an update tomorrow, and I’ll talk about what I expect from the TV series, and then I’ll post reviews for volumes three through six, ending just in time for the premiere. 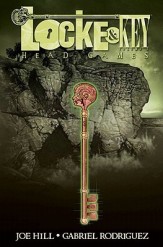 One more thing I’m certain of for February, is that I’ll read an ARC of Wicked As You Wish by Rin Chupeco. I fell in love with her writing last year, with a great book I’ve yet to review, oops, so when I managed to snag a limited to 500 copies ‘read now’ ARC, you betcha I sniggered like a child. I’ll try to read more ARCs this month, since I have a now growing list, but be warned – this is not a promise.

I’ve only watched two movies I loved in January. Actually, two movies in total. The first one is The Addams Family, animated, which was lovely and spooky. My rating on IMDB: 8/10. The second was the Golden Globe-winning Parasite. OMG. Guys, if you love dark humor, like really dark, then you have to watch this movie! I was half laughing, half gaping in disbelief through it. My rating on IMDB: 9/10. In February, I’m super excited for Birds of Prey.

It’s the season of TV shows, so I caught up on Sabrina part 3. I’m not disappointed but I wish the writers wouldn’t repeat the same mistake many shows have died on. The Mandalorian was super sweet! How can it not be? If you don’t love baby Yoda with your entire heart and soul you are EVIL. The Witcher was obviously amazing! I was so afraid we’ll get a copy-paste of Game of Thrones that I put off the binging for quite a while, but thankfully I was wrong. The production is totally different, the story is obviously different and exciting, and as in GoT the unknown actors did a great job, and Henry Cavill wasn’t a sore spot for me like I thought he’d be. And lastly, You is a show about a stalker, reminiscent of Dexter, but different. It’s narrated by the stalker, so the overall tone is lighthearted and comedic, as he doesn’t think anything he does is wrong. I really love it, and I’m almost done with season 2.

Now, there are some other shows I watched in the past few months which I have to mention. Derry Girls is an Irish gem. Psychotic catholic teens in the midst of the Troubles in 1990. The End of the F***ing World is another British gem, sadly complete after two seasons, but the story is told. Two mad teens on a run, one a serial killer in the making or just an unfortunate puberty victim, see for yourselves. Carnival Row was soooo good! Fae and steampunk and Victorian London and murder, and did I mention Fae? Orlando Bloom is excellent, and I don’t hate Cara Delevingne anymore, she can actually act now. The casting is amazing, the story even more so, and the visuals… Breathtaking.

Then, The Boys. Superheroes just as I love them – dirty, corrupted, gritty and down to the point. Can’t wait for more! Castle Rock season 2 was awesome! A combination of Salem’s Lot and Misery’s Anne Wilkes’ early days, and a great, no, superb cast. Loved it. And last, but not the least, my baby Lyra and His Dark Materials. I think the show did justice to the novel, and the casting was insane. Ruth Wilson was legitimately the woman I imagined as Mrs. Coulter while reading, James McAvoy wasn’t the Lord Asriel from my head but he was great, along with Ma Costa and Farder Coram and John Faa, and of course Lyra, and Roger, my sweet baby angel. Ok I’m done. No, I’m not. Visuals are gorgeous, and the intro theme is the music of the heavens. Ok, now I’m done. P.S. Pan was so sweet omg.

My hermit life leaves no space for adventure, as you all know. I did finally move apartments, and it’s the best thing I did in 2019 for sure. Now I have more literal and mental space for all kinds of projects, and I’m slowly gearing up. I also have a super cool bridge-type shelf above my bed. I want to draw, and crochet, and do some things with clay, but I’ll go easy on myself and let the things flow naturally, for I am pathetic under pressure.

And that’s it from me for the start of 2020. How was your January? Did you start the new decade well and what did you do, read and watch? Talk to me in the comments, I could always use a chat, and have a beautiful February everyone! Love, Marina. ❤