Hello dear readers! A while ago, I mentioned I had a mystery binge in January, which started with reading The Turn of the Key by Ruth Ware. After that I read all of her novels, and then naturally I started reading other mystery authors, because I forgot how awesome thrillers are? Since January I’ve read many other books and I’m due tons of reviews so I had to do this thing I was really trying to avoid. I really wanted to write a full review for each of these novels, because these books are good and they deserve full reviews, but unfortunately I just don’t have time, plus it’s been four months since I’ve read this and I forgot quite a bit of the plot(s). So here are my mini reviews for each of Ruth Ware’s novels! 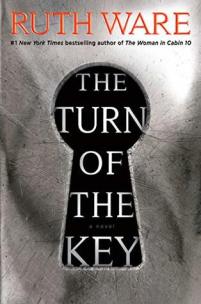 The Turn of the Key

Loosely based on The Turn of the Screw, The Turn of the Key follows Rowan Caine at her new nanny job in a manor in Scottish Highlands. Things go bump in the night, and Rowan will soon find out the house is full of secrets.

An excellent psychological thriller which constantly kept me on edge. Ware combines modern and Gothic, starting with Heatherbrae house – the main setting – which looks like an ancient Gothic manor, but is a completely modernized, remote-controlled smart house. Twists and turns are abound in this one, and I couldn’t predict most of them! 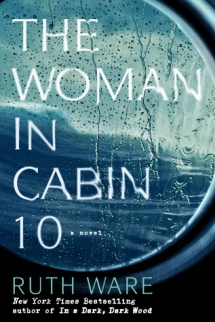 The Woman in Cabin 10

This one is less a slow burn and it adds another layer because the main character, Lo, is attacked in chapter one. This has major effect on the main events, which play out on a cruise ship. Lo Blacklock, a journalist, witnesses something horrible while aboard, but everyone questions her sanity because of her recent attack.

This one has a huge twist I absolutely didn’t expect! It is absolutely unputdownable, and I loved the main character. Ware’s main characters are always female, which I love, and I can relate to most of the grief she puts them through. 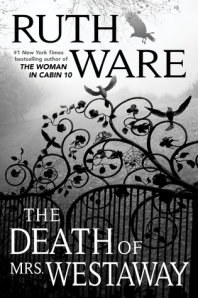 The Death of Mrs. Westaway

The Death of Mrs. Westaway is a family mystery, revolving around a teen fortune teller named Harriet. She comes upon a mysterious inheritance, which may or may not belong to her, but regardless, she decides to use the opportunity.

I loved the dynamics between Harriet and the other characters, and the diary entries of a certain character, which intertwine with the present storyline. Tarot is fairly used by several characters, and that adds an interesting note. Just a bit weaker than the first two, because a part of the reveal was predictable, and the first half was slower, but overall a good mystery. 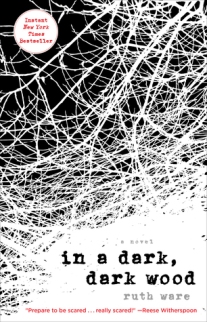 In a Dark, Dark Wood

This one was the weakest of the lot for me, which may be because it’s the author’s debut, but it was also fairly predictable, and at times felt like a generic mystery, with a generic villain reveal in the end. It’s glaringly obvious who that villain is, but the plot was interesting nonetheless.

If you’re interested in Ruth Ware – do not start with this one! But if you like her books, you’ll probably like this one too. She had to start somewhere, right? Even though it’s pretty generic, I liked the relationships between the characters, and the bachelorette party in the woods. 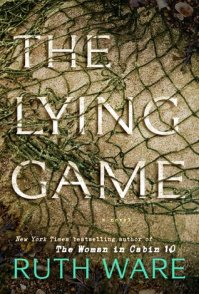 Again, not the best one of the lot, but not bad either. A small town/family mystery, revolving around a group of four highschool friends. It’s a slow burn with some predictable twists, but I loved the characters.

Maybe not start with this one either, but if you do then keep in mind this isn’t Ware’s best. Again, I loved the relationship between characters – four women – and the flashbacks to their teen years spent at a boarding school. A solid mystery.

Thank you for reading, and sorry again for not posting the full reviews. I’m eagerly awaiting Ware’s new novel, One by One, which is coming out in November, and I’ll definitely do a full review for that one! Have a great day book lovers! 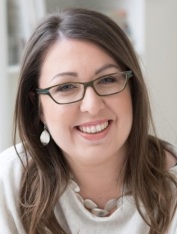 Ruth Ware grew up in Sussex, on the south coast of England. After graduating from Manchester University she moved to Paris, before settling in North London. She has worked as a waitress, a bookseller, a teacher of English as a foreign language and a press officer. She is married with two small children, and In a Dark, Dark Wood is her debut thriller.