It’s Tuesday guys, which means it’s time Top Ten Tuesday woohoo!!! Oh I’m actually not that excited, but I need to hype you guys up so you read my post hehehe. This week I’m talking about the books I abandoned, which is not a happy topic, nope. I very rarely abandon a book, which lately seems a bad practice, and I think I’ll start to DNF more in the future, for my mental health. I did this so few times that I didn’t even have 10 to fill up this post, so the last three will instead be the series I abandoned, after the first book. TTT is a weekly meme by That Artsy Reader Girl, and every Tuesday there is a different themed post of top 10 things.

1. The Muse by Jessie Burton

I loved The Miniaturist, Burton’s debut novel. In fact, it’s one of my all-time favorites! So I expected quite a lot of Burton’s next book, and the cover raised the stakes, because look how gorgeous! And as soon as I started reading, something fell flat. I probably expected too much, I guess. Or it was the change in the setting, because my favorite part of The Miniaturist is that it’s set in the Netherlands – my favorite country. If I recall correctly, The Muse is a mediterranean novel, and it also lacked the magic vibe which the first novel had. I don’t know if I’ll ever read it, it’s on the back-burner.

2. The Gloaming by Kirsty Logan

I’ve probably read 50% of this amazing novel before I fell into an enormous slump. It lasted a long time and naturally, I forgot most of the plot, because that’s how my brain works (Good for rereads though!). So, instead of forcing it, which I’d probably have done with a regular novel, I decided to leave it, and wait for a better time. The better time may be next month, who knows? I just know that this kind of novel deserves complete devotion, it’s not a flip-through!

3. The Mermaid by Christina Henry 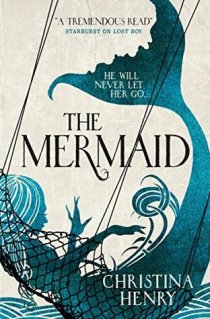 Again, I expected something else. Christina Henry was recommended to me by many friends, and all of them said to start with Alice or The Lost Boy (Henry writes dark retellings of Fairy Tales), but I was drawn to this one because The Little Mermaid is my favorite Fairy Tale. When you say a dark retelling, I expect murder, blood, mayhem, I mean what is dark to you? I was bored at 40% so I decided to pause and then a long time went by, and then you know I forgot everything. I will continue though, because the writing was good, and I may by surprised by something dark in the next 60% right?

4. The Glass Woman by Caroline Lea

I saw an Icelandic setting so I thought Burial Rites. It is not. It was boring, the main heroine was stupid, so I drifted away at about 30%. I will finish it, not because it’s really good, but because it’s an ARC and I want to do this right. … Is it like really bad if you DNF an ARC? Someone please let me know. Is it unethical? I may listen to audio, as I still have my free month of Scribd, I hardly doubt I’ll read it. 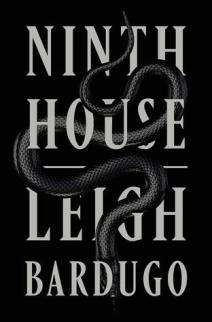 I was SO excited for this novel, and then it came out and I started reading and… it wasn’t the right time, I think? It’s not that I didn’t love it, but it didn’t grip me either, so I let it go fairly early, so it’s almost as like I haven’t read it at all. I’ll try again, definitely, because I really love Bardugo, and it sounds like something I’d love. Maybe it has a slow start?

6. The Silmarillion by Tolkien

Confession time: way back in 2014, when I read Silmarillion, I didn’t like all the parts, so I skipped those and gave 5 stars to the parts I loved. xD I didn’t have the faintest idea how the 5-star system works (sometimes I still don’t), so basically, Silmarillion is my very first DNF, oops. I still don’t think I’d enjoy those boring parts, so I’ll leave it at that. I did LOVE the story of Beren and Luthien, so I bought that book and something good came out of this.

7. Creatures of Want and Ruin by Molly Tanzer

I was tricked! I thought Creatures of Want and Ruin was a sequel to Creatures of Will and Temper, but I guess Molly Tanzer just wants her standalone novels to match in title and cover??? The third, upcoming one lost the cover but the title again matches? This is not a series! Ugh. I will still read it, because it’s an ARC, but you can forget about the third one missy!

*After a second look – the third novel with a matching title is actually going to be the first one in a new series?? Lady. What.

8. The Invisible Library by Genevieve Cogman

I didn’t abandon this series because it’s bad – I really liked it! I was just overwhelmed with all the other books at the time. I still plan to continue this cool steampunk series, just not yet. I will need to refresh book one so I guess I’ll rummage around for some good reviews!

I liked this one too, here’s a review. It’s a duology, so I only have one left, so I guess I’ll make time for it soon. The problem is – I forgot – not even my own review makes sense hahaha. I also have the prequel in my ARCs so I’ll have to speed this up.

10. Rebel of the Sands by Alwyn Hamilton 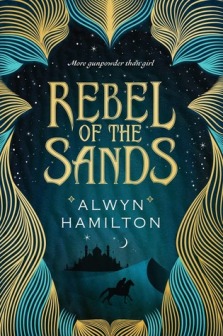 This series just wasn’t for me. It’s a typical YA romance/fantasy with a hollow heroine, and a fantasy system done in an oh-so-familiar mold, but dressed in an Arabic setting. I love 1001 nights and Arabic themes, but throwing that on a book doesn’t make it sPeCiAl Karen. Alwyn. Whatever. Maybe a native would write this better, just a wild guess.

*I see Hamilton is starting a new series – this time German-inspired. Authors! Either walk in the shoes (V.E.Schwab is a great example) or don’t disgrace a foreign culture. Or, you know, invent a culture? You are writing fantasy?

So, these are my abandoneese (?), out of which only 3 will stay so, and I’ll probably read the rest. I will also try to DNF more in the future for my sake, but you guys know how hard it can be, after all the time you put into reading, and the money you spend on the book, and it somehow just doesn’t feel right? Why and when do you DNF? What’s the breaking point for you? Let me know in the comments and have a fabulous week! ❤